Perseverance is a MUST in life. This extends to online life too! 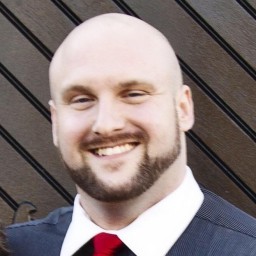 I live in Maine and we have been plagued by a couple of big storms this year. One dumped 26 inches and was the biggest snowfall on record in Maine since 1978.

The worst part of the storms isn’t the storms themselves. It is the herd mentality that people (including me) have as we all descend in droves to the wal-marts and grocery stores during the prior day or two leading up to the storm. So, for an area that usually rolls up its streets by 9 pm, it tends to get a little hairy out and about.
We all get a little nutty during the pre storm push to get things organized and in order around the house and for the “just in case” factor. Just in case the power goes out. Just in case we get snowed in.

Problem being, this time prior to the storm it had been unseasonably warm on again, off again. So we were loving the weather. So me, not thinking- thinking we were all set actually- we still had extra food and items we needed “in case” so i thought all was well.

I also have a heat pump inverter that usually takes care of the heat in the house as well as hot water and all that so that the oil just runs the heat only when and if needed- saves on oil. Great stuff. Well, it was unseasonably warm at this time so oil is the furthest thing from my mind.

I get up the day of the storm, and, lo and behold!- not a drop of hot water to be had. I thought the heat pump inverter/water heating system was on the fritz. Nope. It was in perfect condition.

But the system was set so that the oil still was heating our water-not the other part of the system!! Also- remeber that “on again, off again” warm weather I mentioned? Well, when it was cold, apparently the house was being heated via the furnace/oil because it wasn’t cold enough to kick the heat pump inverter system into use. If I had been PAYING ATTENTION, i would have seen this…

I looked and yours truly (dumbass) had not checked the oil tank level. So since the oil was being used to heat water I had no oil to heat the house and no hot water, it is the weekend, and after 5, so good luck on getting any delivered around here in Maine pre storm. Not happening.

So I did not take the easy way out. I could have just went to the gym or wherever and showered and rode out the storm. But I learned never to take chances like that. I just went to the gas station that sold heating oil, got two 5 gallon jugs and filled the tank with them then bled the furnace line. It was cold, messy, and inconvenient, i wrecked a jacket and a pair of shoes (I am not exactly a sharp shooter with a 5 gallon jug of heating oil and the pour spout!) but i did it. I did it so I wouldn’t have to be at the mercy of the elements and so I wouldn’t be caught flat footed if the storm lasted longer than they said it would.

The storm turned out to be a little rough but doable as far as we kept power and did not get snowed in too bad. But i had no way of knowing that would be the case.

Moral of the story is this… In life- both offline and online-No matter what comes your way and puts a snag in your plans- especially your plans for safety, warmth, and living well- just find a way to persevere and go over it, around it, or through it. Do what needs to be done to continue to move forward.

Until we speak again, remember, Don’t Be Afraid, Live Free!